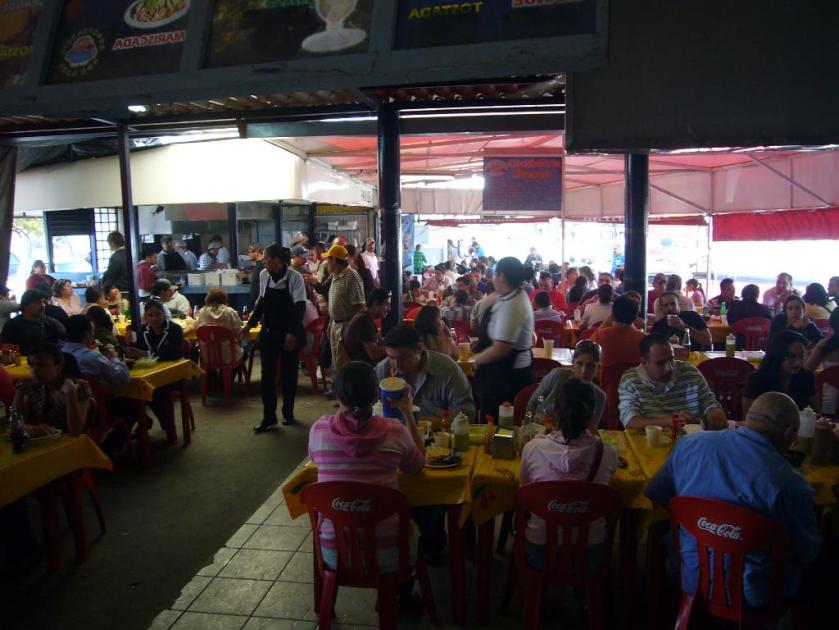 We’ve been through a lot together and I definitely still love you, but I think we need to have a little talk.  You see, I strayed a bit too far this past weekend, and now I’m not sure I can ever go back.  Hey, please don’t cry.  Let me explain.

Waking up to Tijuana sunshine the morning after playing a show with a bunch of Mexican hardcore kids, there was nothing I wanted more than a taco.  And wow, just like Bo knows baseball, Tijuana knows tacos.

Now that’s a taco.  Basically a metric shit ton of marinated shrimp sizzled in spices and served with a dixie cup of tortilla soup broth, a pile of just-fried tortillas (see what they did there?), a monstrous bag of still-hot tortilla chips, ridiculously fresh Pico de Gallo, and the best green avocado salsa that I’ve ever had.  Commenting on the price might seem insensitive given the harsh economic realities of our trade policies, but rest assured the whole thing was cheap as hell.

Even the corner taco stands had the right idea.  You walk up, sit down, and order a few.  The taco chef (love that phrase) slices a few pieces of pastor from his shawarma skewer and tosses it onto the grill.  A minute later he throws it on a tortilla already deftly dipped in the grease catcher and serves it with plentiful portions of guacamole and grilled onions.  You pile on some salsa as you sit on a stool at the stand and satiate the stretch receptors in your belly.

If that doesn’t quite do the trick, simply ask the gentlemen for a few more and he’ll go through the process again.  Once you’ve had enough, tell him how many you’ve had, pay your tab*, dismount your stool, and confidently walk away, leaving fellow patrons muttering in disbelief over the amount of habanero salsa that damn gringo was able to stomach.

*Tijuana taquerias and carts all seem to operate on the honor system.  Even places that have counters and seating.  Go ask  the dude for two tacos and he’ll just give them to you.  Finish them and ask for two more.  Keep doing it.  Once you’re stuffed, saunter over to the counter (not always close in proximity to the taco guys and always staffed by different people) and tell them how many you’ve had.  They multiply that by a dollar (or 12 pesos, the going rate for tacos these days), you pay, and everyone is happy.  I’m not saying this would work in the Mission (it wouldn’t), but it was still neat.

caution is the path to mediocrity. gliding, passionless mediocrity is all that most people think they can achieve. View all posts by Andrew Sarkarati

30 thoughts on “Mission Taquerias Need to Step it Up”