The Curran’s first year of being open after a major renovation is coming to a close, and what a year it has been. The shows we saw at the Curran were some of our very favorites of the entire season, so we were so excited to see their last show of the year Bright Star, a musical written and composed by Steve Martin and Edie Brickell. Unfortunately, Brittany had a last minute work commitment come up, so luckily my Brittany replacement, Garrett, was available and more than willing to join me for some Drama Talk and Drinks. 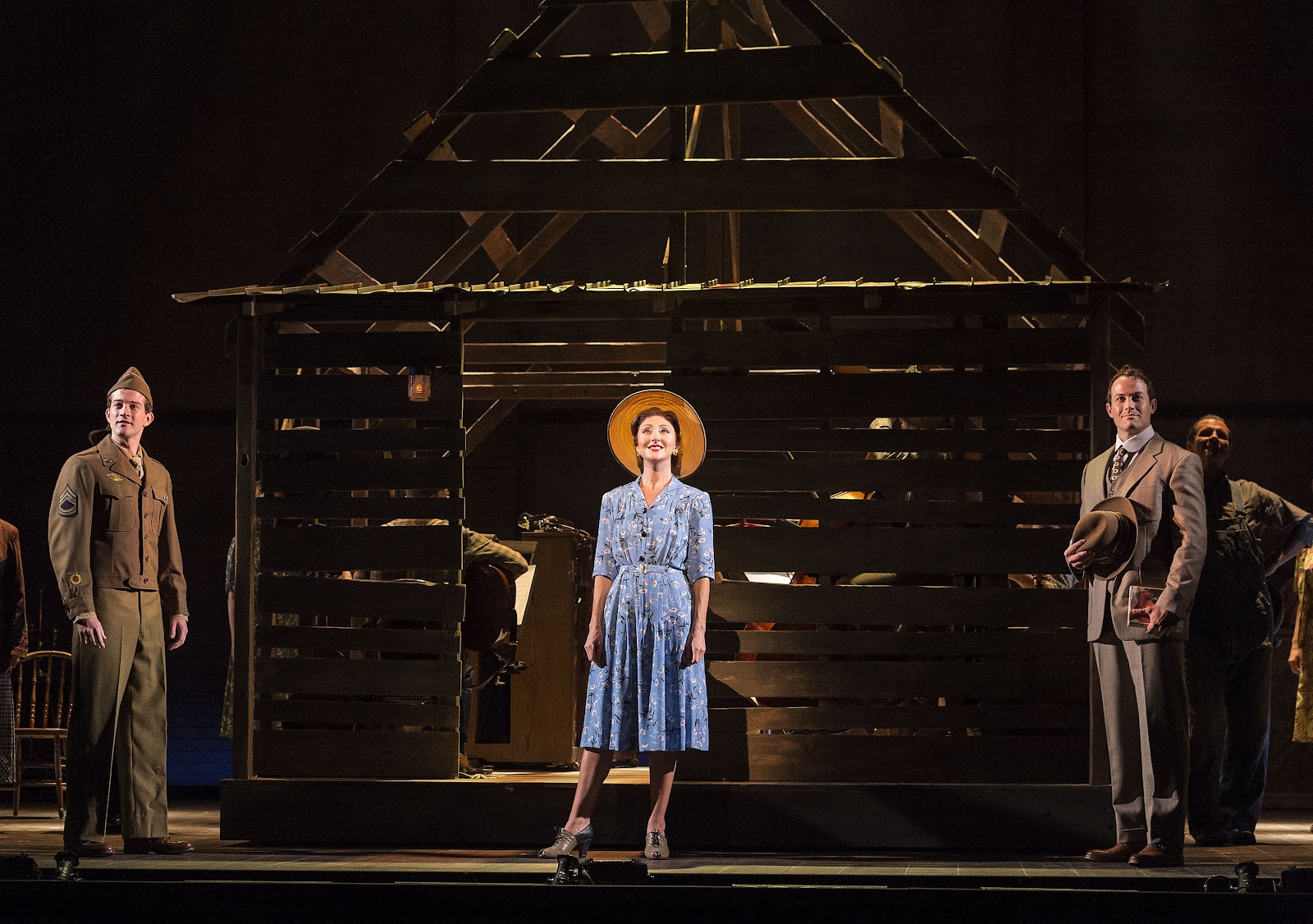 Garrett: Going into the show not knowing what it was about, maybe wasn’t the best idea because it took me a little bit to get into the story, which made it start off slow and at some points I was confused about what decade we were in. As far as the story, the emotion and music, the second act was better than the first act for me. I think the highlight was the style of music, I loved the old americana and bluegrassy type of stuff. The songs weren’t very memorable, but they were good enough to carry it.

Katie: For me I just didn’t care too much about what was happening until the end of the first act. I didn’t care much for the story in general, it kind of fell flat. The highlight was the lead actress Carmen Cusack. What a voice and what presence. I never wanted her to leave the stage…but she did, and too much in my opinion. She was outstanding, the show however, was just good.

G: Knowing that Steve Martin co-wrote this I expected more wit and a little more comedy and creativity as far as the story and lyrics. I think what they were trying to do was create a story about the American South, and a little slice of life but they didn’t quite pull that off.

K: Yes! I can’t quite put my finger on it, but I was underwhelmed. The elements of this musical from the side stories, to the going back and forth in time, to the large dancing ensemble who were awkwardly integrated into scenes, just didn’t quite harmonize. Definitely nothing groundbreaking to see here and frankly we expected more from you, Steve Martin.

G: It’s true, we expected more from you Steve, but we still love you.

The Verdict: Go to see Tony nominated actress Carmen Cusack sing the hell out Steve Martin’s songs. If you like the bluegrass style of music and melodrama then this is going to be a toe-taping, tear jerking good time.

The Drama Talk: We knew Steve Martin had a bluegrass musical side, which comes through beautifully in this show, but his thought provoking, witty and moving writing style doesn’t. Where this show shines is in its extremely likable lead character, Alice Murphy (Carmen Cusack), as well as the set and costume design. The rotating shack that housed the bluegrass band was well done and whimsical, where the costumes really took you back to the 20’s and 40’s. Overall this musical is an enjoyable and entertaining experience.

The Drinks: Since this was about a time where a lot of things were forbidden going to an unmarked somewhat secret bar seemed appropriate. Good think less than a block away from the theater there is Benjamin Cooper that has that speakeasy feel and great cocktails.

Bright Star plays through December 17th at the Curran. Tickets range are $39-$145 and can be purchased on their website. Right now there are tickets available on Goldstar.