Who is trying to cover it up? Why don’t they want you to know about it?? Where are the aliens now???* 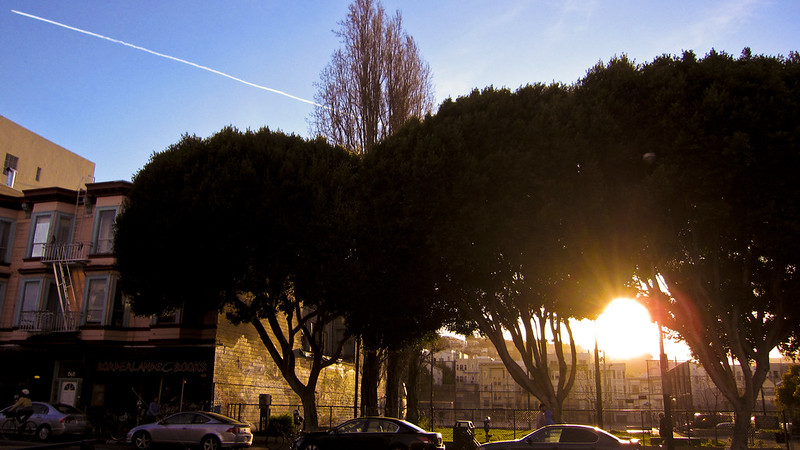 [photo by someone called “Evil Oars“]

*Getting in line for Boogaloos. 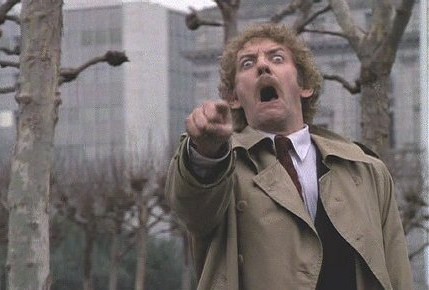 Friday, after sitting in Dolores Park and gorging on beer and snacks, I felt particularly nostalgic for a 1970s San Francisco movie. I decided to watch a film that I’ve heard about through my father-in-law who lived in the Mission in the ’70s. He always tells the story of how he saw the filming of the 1978 Invasion of the Body Snatchers in North Beach one balmy day (balmy like Friday … dun dun dun!)

Although it was filmed entirely in San Francisco, there’s no sign of the Mission District. Which I wasn’t expecting anyway because most blockbusters that are set in SF don’t really show the Mission. So when I watch a movie set in San Francisco, it feels foreign to me. Does anyone else feel the same?

Anyway, the movie is AWESOME. When it was finished, I walked around the dark apartment, scared that I would hear the pod-piercing scream from the open windows. It also didn’t help that someone was lying in bed, pod-person-like, recuperating from an achey belly.

Also, the film has the most romantic kiss I’ve ever seen. And it’s currently in the free movies section on Comcast OnDemand.

Hmm… this wasn’t in the film, but: